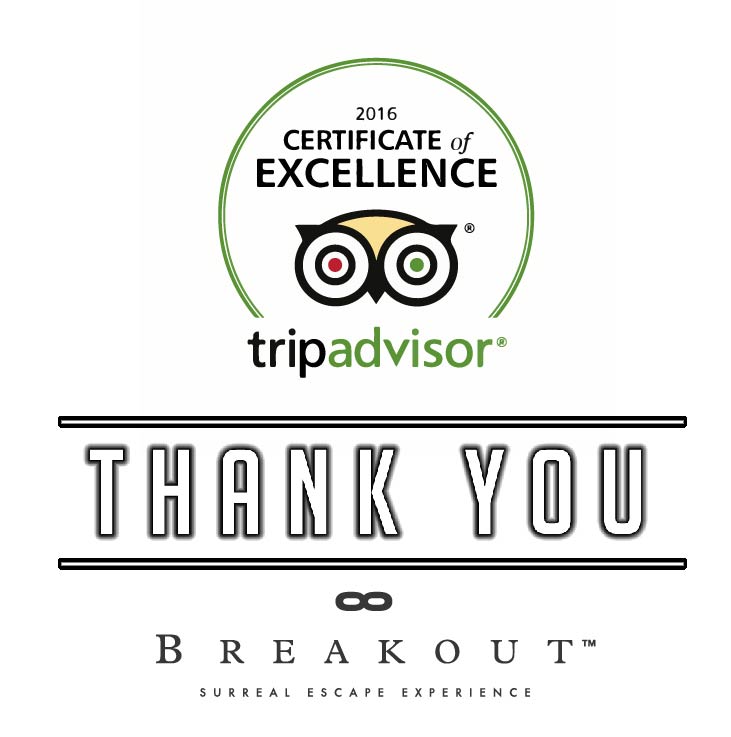 Kuala Lumpur, Malaysia – Breakout Malaysia, the Real Escape Game operator today announced that it has received a TripAdvisor® Certificate of Excellence. Now in its sixth year, the achievement celebrates hospitality businesses that have earned great traveller reviews on TripAdvisor over the past year. Certificate of Excellence recipients include accommodations, eateries and attractions located all over the world that have continually delivered a quality customer experience. Breakout is also ranked No.1 in Kuala Lumpur under the category of Fun Activities and Games. Breakout, the first character based escape game in the world is also located globally in South Korea, Canada and the United States of America.

The Certificate of Excellence accounts for the quality, quantity and recency of reviews submitted by travellers on TripAdvisor over a 12-month period. To qualify, a business must maintain an overall TripAdvisor bubble rating of at least four out of five, have a minimum number of reviews and must have been listed on TripAdvisor for at least 12 months.