(Busan, South Korea) 27th Sept 2016 – Hong Jin-ho, formal professional gamer and TV personality,became the owner of a global brand of escape room. It was revealed that the representative of BREAKOUT ESCAPE in Korea, a global brand of escape room, signed an exclusive contract with Hong Jin-ho from Kongdoo company, an E-sports entertainment company, as advertisement ambassador for domestic expansion of the escape room.

Hong Jin-ho will be the online and offline advertisement ambassador of Breakout. He will also be the owner of the Seoul flag shop(strategic shop) which is expected to be opened in February next year.

According to the Representative of Breakout, Hong Jin-ho has an outstanding ability in playing games and his image, as always shown in media, is suitable with the organization, thus they signed a contract with him.&quot; He also said, “In future, Hong Jin-ho will do more than just the usual advertisement ambassador – being the owner of Seoul flag shop, he will also involve in the development of offline games- and will generate synergy effects.”

According to Kongdoo company, they hope that E-sportainer Hong Jin-ho’s strategic and smart image will contribute to the success of Breakout. They said, “Escape room games is an offline game content that everyone can enjoy, thus we hope that many fans will be able to enjoy themselves.”

Breakout started in Malaysia in 2014, and is a global company which expertise in escape room games that has branches in America, Canada and Saudi Arabia. Breakout is also number 1 in Tripadvisor (Entertainment section). In Korea, Breakout is located in Haeundae Busan and Masan.

Escape room game is a game that you have to solve puzzles and codes in order to unlock the padlock or door within 60 minutes to escape. This offline game will be introduced through various TV programme in Korea. 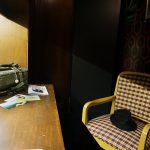 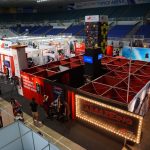