Novus Escape Room opened its doors recently in Middletown, Delaware, much to the delight of local escape room enthusiasts who can now put their puzzle busting skills to the test without travelling out of town.

A popular recreational trend that has boomed in recent years, escape rooms thrill millions worldwide, and are a fun, family friendly activity suitable for most ages. The way Novus Escape Rooms works is simple. Participants are locked in a room and given a series of puzzles to solve. Each puzzle unlocks a clue for the next until the last puzzle is completed, which leads to a successful escape. Completing these puzzles require significant thinking outside of the box, logic and reasoning. To add to the challenge, all puzzles have to be completed in under 45 minutes.

There are five themed rooms: Testament of Tesla, Materia Medica, Dreadnought, Project Fallout and Chamber of Hocus, each featuring its own original storyline and mission. In Chamber of Hocus, gamers have to solve the mystery of a criminal magician who leaves mystifying clues on a series of playing cards, and in Testament of Tesla, the mission is to successfully generate free energy in Tesla’s secret lab. The rooms vary in difficulty and first timers are recommended to begin with the easier rooms before attempting the more challenging ones.

One distinct feature of Novus Escape Rooms is the introduction of character gameplay. A first in escape rooms worldwide, every gamer is assigned a character that comes with a ‘superpower’. These ‘superpowers can be used to help solve the puzzles or traded in for hints. Superpowers also allow gamers to strategize their gameplay beforehand, making for a truly immersive and collaborative escape room adventure.

Novus Escape Room does not have an age limit though anyone under the age of 13 will require adult supervision. They recommend a minimum of 2 players per room and a maximum of 8. More than just a fun activity on a night out with friends and family, escape rooms are also a great team-building activity for businesses looking for something different. Novus Escape Rooms is known as Breakout Escape Rooms in Canada and there is a second American outlet at Boynton Beach, Florida. The Middleton Branch is located on Broad Street and is open seven days a week. 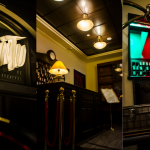 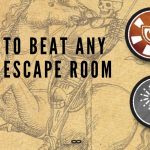